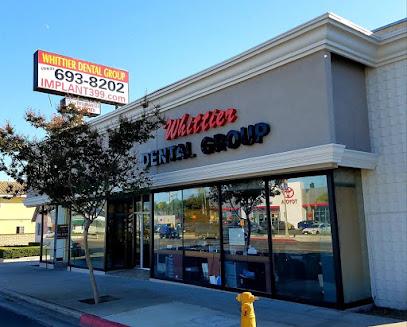 Dr Ron Nourian is one of the founding doctors of Whittier Dental Group along with Dr Moshe Abramovici. The 2 doctors became friends after graduating USC dental school and discovered they both had the same core values and caring attitude for their patients. They have been partners in

Dr Nourian graduated the University Of Southern California School of Dentistry (USC) in 1984. He is interested in every aspect of dental care including Prosthodontics, Implantology, Laser and Cosmetic Dentistry.

His special training in oral sedation makes even the most apprehensive patients relaxed. He takes great patience in whatever case he is working on and has many patients who are in the dental and medical professions themselves. Dr Nourian enjoys attending dental seminars throughout the world and is current on all the latest advances in his field. Being a family man himself, he enjoys getting to know his patients and their families.

Dr Moshe Abramovici andDr Ron Nourian are the founding doctors of Whittier Dental Group and the MosheDDS in Encino Ca. The 2 doctors met and became friends after Dr Moshe graduated from University of Southern California Dental School in 1986.

After high school he immediately fulfilled his 3 year service in the Israeli army. In 1977 he came to the U.S.A on a student visa and enrolled in the University of California Los Angeles (U.C.L.A) where he graduated with a degree in biology. In 1982 he attended University of Southern California (U.S.C) dental school and graduated in 1986 with a DDS degree.

Always interested in the latest dental technology, Dr Moshe has found that he especially enjoys treating the geriatric and pediatric population of patients. He feels his sensitivity to the patients needs and less aggressive approach to the diverse age groups works especially well as he is able to establish their trust. In his spare time Dr Moshe is very adventurous and enjoys many outdoor sports such as heli-skiing, mountain and road biking, snowboarding, scuba diving, hiking,wake boarding. His motto is work hard, play hard! He is the proud father of 3 and enjoys spending time with his children.