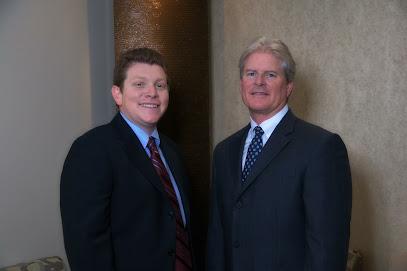 He then did his residency in Oral and Maxillofacial surgery at the Long Beach VA hospital and UCI Medical Center, graduating in 1988. He practiced with Drs. Howard Davis, Ronald Kaminishi and David Hochwald till relocating to Huntington Beach in 2006. Dr. Marshall is a Diplomate of the American Board of Oral and Maxillofacial surgery, the National Dental Board of Anesthesiology and the American Board of Dental Sleep Medicine. He is a fellow in the American College of Dentists and the International College of Dentists.

Dr. Stefan Schneider is a native Californian and was born and raised in Thousand Oaks, California. The road to becoming an oral surgeon began at a young age for Dr. Schneider, when he fractured his lower jaw while playing high school summer football. The attention and care that his oral surgeon gave to Dr. Schneider during this time of suffering was what initially inspired him to pursue a career in oral surgery - a career that would allow him to heal those who are suffering and be the source of encouragement for those in need.

After graduating from high school at the top of his class, Dr. Schneider went on to pursue a degree in Biology at the University of California, San Diego. It was at UCSD that Dr. Schneider's passion for oral surgery surged. In addition to the long hours spentstudying in the library, Dr. Schneider dedicated most of his free time to shadowing a well renowned oral surgeon in Encinitas. His experiences in the field laid the groundwork for his continued pursuit of becoming an oral and maxillofacial surgeon himself.

After graduating from UCSD with a Bachelors of Science in Biology, Dr. Schneider set out to the East Coast to attend New York University College of Dentistry, where he would pursue his doctorate degree. Dr. Schneider took advantage of everything that NYU had to offer, and his passion for achieving his goal of becoming an oral and maxillofacial surgeon can be exemplified by his successes at NYU. At the prestigious Bluestone Center for Clinical Research, Dr. Schneider dedicated grueling hours, researching acute vs. chronic pain as it relates to oral cancer - a study that earned Dr. Schneider his first publication. In addition to research, student council and other honors programs in which he participated, Dr. Schneider graduated from NYU College of Dentistry as a member of Omicron Kappa Upsilon, an esteemed honors fraternity designated for students in the top 10% of their class.

After obtaining his Doctor of Dental Surgery from NYU College of Dentistry, Dr. Schneider completed his formal oral surgery training at Montefiore Medical Center/Albert Einstein School of Medicine in Bronx, New York, where he served as chief resident during his final year of residency. Dr. Schneiders excellence as a clinician today can be attributed to his residency training that emphasized dentoalveolar surgery, implantology, bone grafting, IV sedation/general anesthesia, corrective and reconstructive jaw surgery, maxillofacial trauma and pathology. Currently, Dr. Schneider is a candidate for the Board of Oral and Maxillofacial Surgeons.

When Dr. Schneider is not practicing oral surgery, he enjoys an active lifestyle with his fianc and mini goldendoodle, Penny. He usually is spending his weekends running, cycling, hiking, swimming, golfing and of course, enjoying the Southern Californian weather.

David Hochwald D.D.S. received his dental degree in 1976 at Loyola University in Chicago, where he also underwent his oral and maxillofacial surgery training and residency. He has been in private practice and clinical research since 1980 in Bellflower and Huntington Beach, California.

He is active in the Academy of Osseointegration and Past President of the Osseointegration Study Club of Southern California. His area of interest is preprosthetic surgery including major and minor bone grafting, dental implants and esthetics.