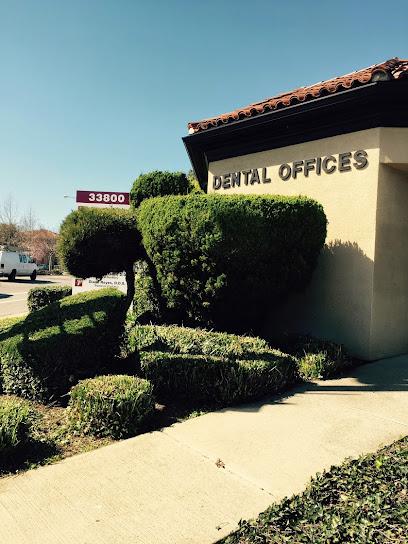 A native of the Tri-City area (Fremont, Union City, and Newark), Dr. Scott Chong is a fourth-generation graduate of the University of California, Berkeley (Cal). Scott received his bachelor's degree in Immunology from Cal.He then earned his Doctorate of Dental Surgery and an advanced degree in Orthodontics from the University of the Pacific's School of Dentistry in San Francisco. Upon graduation, Scott returned to Southern Alameda County to join his father's orthodontic practice in Union City.

Scott and his wife, Anna, have two daughters, Jocelyn and Talia. They also adopted two large dogs, Duke, a Labrador Retriever, and Silas, a Labrador/Rhodesian Ridgeback mix. More than anything else, Scott loves spending time with his family and enjoys cooking elaborate meals. He is a Guro (black belt/instructor) in Villabrille-Largusa Kali, a Filipino martial art. When hes not training or trying to make his girls laugh, he loves to spend time on the water fishing for bass.

He is also an avid lifelong fan of Cal football and basketball, a pursuit cultivated and encouraged by his grandparents, Peter S. Chong, Class of 1940 and Ellen J. Chong, and parents, Leonard and Judy Chong, Class of 1967.

Dr. Leonard Sherman Chong, 69, of Fremont, California, passed away on Thursday, June 30, 2016 due to complications related to lymphoma. His sudden illness and diagnosis of cancer just two weeks earlier caught everyone by surprise.

Len was born on July 27, 1946 in Oakland, California, the eldest son of Peter and Ellen Chong. Len graduated from Oakland High School as valedictorian in 1963. He entered UC Berkeley (Cal) at age 17 and then gained early entry to the School of Dentistry at UC San Francisco. He earned his Doctorate of Dental Surgery and a certificate in Orthodontics from UCSF.

After completing his studies, Len started his orthodontics practice in the Tri-City area, first in Hayward for about 10 years and then in Union City for the past 30 years. His son, Scott, joined the practice in 2002 and the two practiced together until the day Len entered the hospital in mid-June. Many of Len's earlier patients have returned to the practice to have their children's orthodontic needs met.

Len was a passionate Cal fan with deep familial roots to the University. His grandfather, Samuel Pon, graduated from Cal in 1923 with a degree in Mechanical Engineering. His father, Peter Chong, the first in his family to attend college and a World War II veteran, earned his Cal degree in Accounting in 1940. Len met his college sweetheart, Judy, in the Cal library on January 14, 1966 and they were married for over 45 years. They were longtime Cal football and basketball season ticket holders and regularly took their three children, Scott, Kristi, and Laurie to Cal games.

About 20 years ago, Len and Judy began devoting more time to supporting Cal Athletics, Cal Spirit, and the Cal Band. Since 1995, Len served as the photographer for Cal Spirit. Len and Judy enjoyed traveling to away games for the Cal football and basketball teams. They cheered for the women's basketball team at their first ever Final Four appearance in New Orleans in 2013 and followed the men's teams in their NCAA bids as well.

Lens other favorite hobbies were international travel with Judy (including recent trips to the Galapagos Islands, Africa, and Europe), spending time with his two granddaughters, and maintaining his koi ponds.

We are committed to the extraordinary. We pride ourselves in treating each other and all of our patients as family. We are dedicated to delivering personal and professional care of the highest quality and to exceeding our patients' expectations

Teri has been in the dental field for 25+ years.Her main goal is to try and make others around her smile and enjoy the moment.When she is not doing that, she enjoys spending time with her horse, grandchildren, and friends and family.

Nayeli has been in the dental field for 7 years.She has worked as a dental assistant for for 3 years and in the front desk for 4 years.Her life has been blessed by a handsome 1-year old.She and her husband enjoy spending family time and going to church on the weekends.

Veronica has a newborn baby girl named Leilania and loves spending time with her.In the evenings, she takes care of her daughter and takes her out on daily walks.On the weekends, she spends more time with her family.

Erica has a passion for helping others.She has 10 years experience in the medical field but decided to change to helping others have a beautiful smile.Shes been married to her husband for 6 years and have been together for 17 years.They share a little girl named Amiyah, who is their world.

Chandler has been in the dental field for 5 years, and is currently going to school to work towards becoming a dental hygienist.She enjoys going to the gym and trying new restaurants in her free time.

Kim joined the team in 2018.She has been in the dental field for 10+ years.She enjoys taking scenic drives and making trips down to Texas.Shes a boy mom to a toddler and loves food adventures with her husband.

Carlos has been in the orthodontic field for more than 15 years. He likes seeing smiles progress from beginning to end, but especially the finished product.His favorite book is the Bible.He also likes to spend time with his wife andfamily, traveling, and enjoys pop and jazz music.

What is an orthodontist?An orthodontist has pursued 10+ years of education after high school including college, dental school, and an accredited two or three year specialty residency.Only those who have completed this specialized training may call themselves 'orthodontists.'An orthodontist is a specialist who focuses their practice solely on the diagnosis, prevention, and treatment of problems with the fit and function of the teeth and jaws.

Why straighten teeth?Straight teeth help an individual to effectively bite, chew and speak.Properly aligned teeth and jaws may alleviate or prevent physical health problems. Straight teeth are also less prone to decay, gum disease and injury.An attractive smile is a wonderful asset.It contributes to self-esteem, self-confidence and self-imageimportant qualities at every age.A person's self-esteem often improves as orthodontic treatment brings teeth, lips and face into proportion.In this way, orthodontic treatment can benefit social and career success, as well as improve a persons general attitude toward life.

Is it hard to get new wires and colors?Changing the wires and colors re-activates the braces and helps the teeth to move. This is also a quick and easy procedure.This videoshows Dr. Scott Chong changing his daughter's colors.